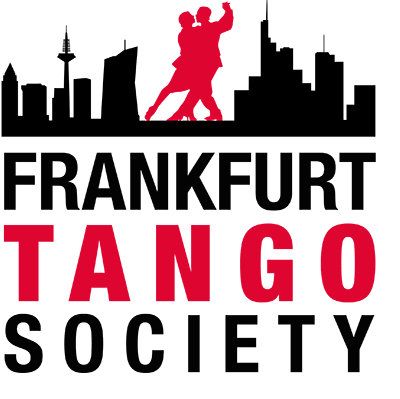 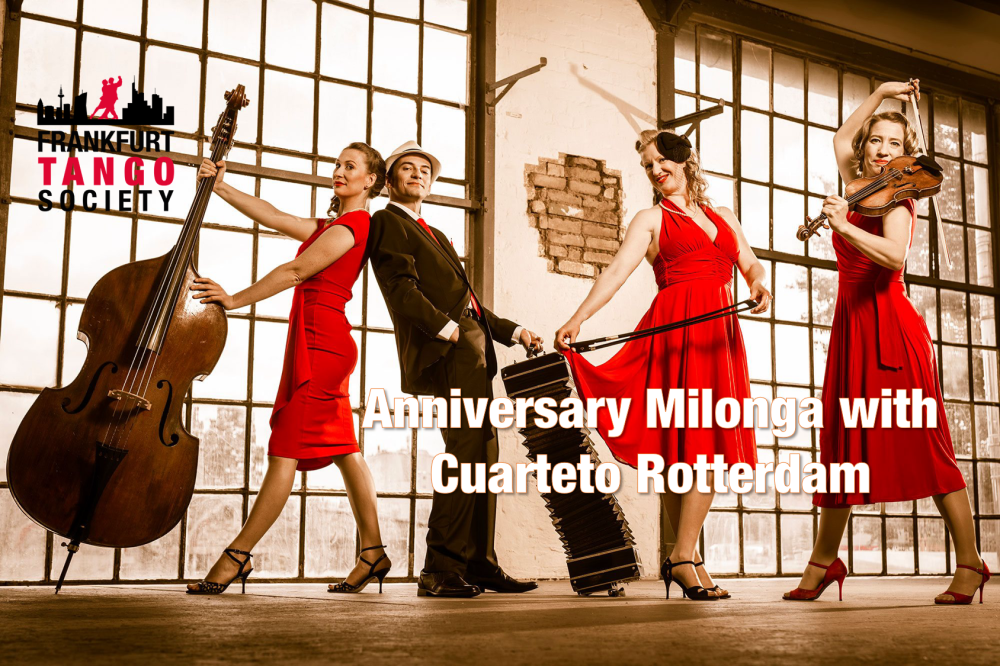 On the occasion of the 5th anniversary of the Frankfurt Tango Society e.V. we cordially invite you to our anniversary milonga at the Instituto Cervantes.

This special milonga features the Cuarteto Rotterdam, one of the best European tango ensembles, whose concert activities have of course taken them several times to the Rhine-Main region and to Frankfurt, but also to Paris, Istanbul, Zurich, Amsterdam and Buenos Aires. They bring the tangos of the “Guardia Vieja” to the stage with a lightness that itches everyone’s legs. They present the golden age of the tango of the “40s” in a compact quartet sound with the highlights of the large orchestras à la Di Sarli, Troilo, D’Arienzo, Pugliese or Salgán.

The orchestra will lead you musically through this extraordinary milonga evening alternating with our DJ Karin Betz from Frankfurt, known for her longtime milonga “Pan y Tango” in the Brotfabrik. An experienced and empathetic DJ, she will create a milonga together with the Cuarteto Rotterdam, in which a “buena onda” – a good mood – is the program.

The entry price to this special milonga remains the same with our regular milongas.

On the occasion of the 5th anniversary of the Frankfurt Tango Society e.V. we cordially invite you to our anniversary milonga at the Instituto Cervantes.

Frankfurt Tango Society e. V. was founded in 2013 as a non-profit organization aiming to promote Argentinian tango culture in the metropolitan Frankfurt area.

Our two main milongas are: La Nochecita (2nd Saturday) and La Tardecita (3rd Sunday), which have grown into major

events inspired by DJs from all over Europe and attended by hundreds of dancers from all over the region. We also organize an annual marathon, aside from other special events.

We embrace all dancers, styles, and philosophies. We are the human connection in Europe’s financial capital.

Events in the Region

We have been reflecting for days on our responsibility as organizers of tango in reducing the spread of the COVID 19 virus. We believe that we should not abandon ourselves to panic and phobias but that we must take as many precautions as possible to avoid contributing or creating opportunities for contagion.

We have a social responsibility towards our families, our children, our colleagues, our friends and the people who are attending our Milongas. Experts recommend a distance of more than one metre between people and to avoid activities that involve close contact. The tango, which involves 12 minutes of hugging for each tanda and a continuous alternation of dance partners, is unfortunately an ideal activity for the contagious. nothing is riskier than a milonga to make even a single contagion proliferate. That is why we believe it is our responsibility to try to take all the necessary precautions to speed up the return to normal as quickly as possible.

We realize that we will make many people unhappy, but we believe it is a sacrifice inspired by prudence and responsibility.